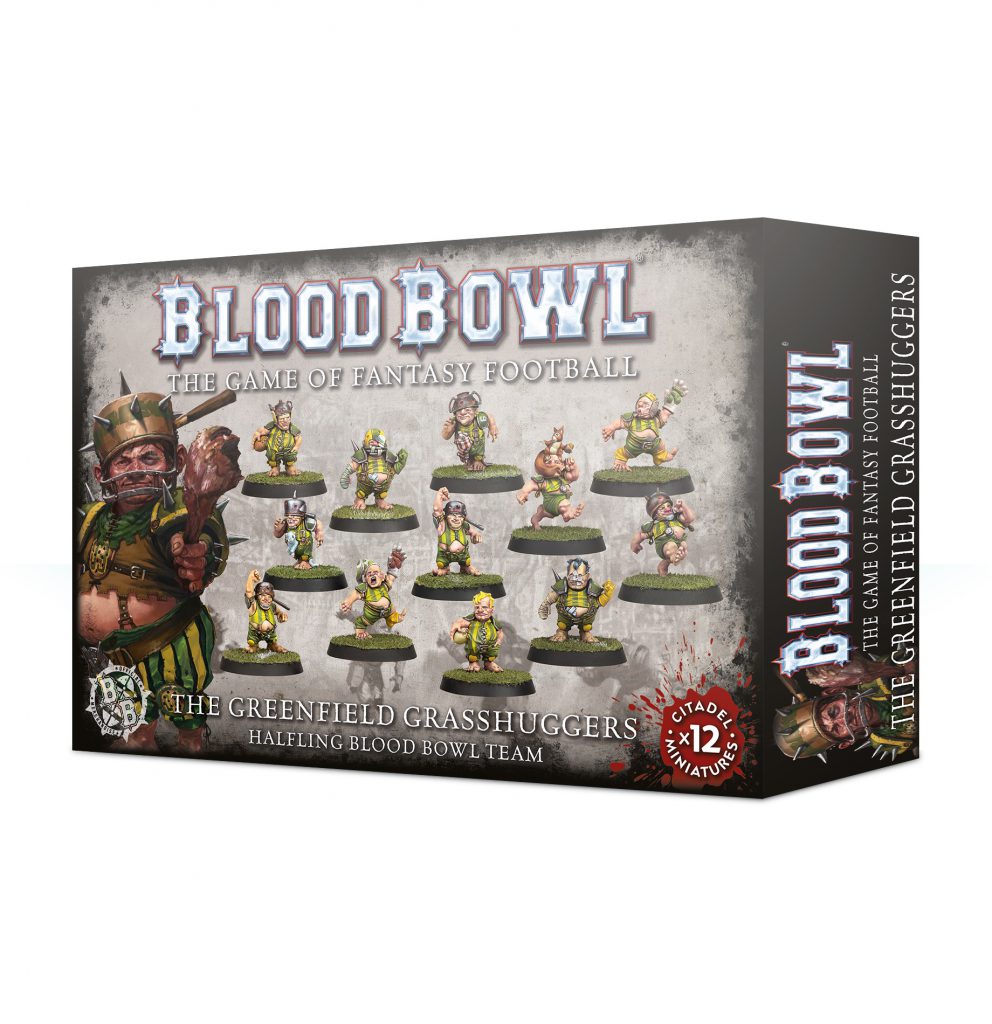 The Greenfield Grasshuggers are one of the most esteemed teams in the game. After all, who doesn’t love an underdog? Formed back in 2418, these eager and earnest Halflings have had to fight twice as hard to make a name for themselves. They’re full of heart, determination, and enough sausage and ale to choke a troll. They’re a joy to face off against on the pitch, not least of which because you might be able to nick one of the best mince pies you’ve ever had when they’re not looking.

If you catch yourself thinking Blood Bowl is too easy, or you want to impress your friends with your impeccable coaching skills, there are few challenges greater than running a Halfling team. They might not be the most competitive in the game, but they’re certainly one of the most fun. That said, with new positions like Catchers and Hefties, they’re more versatile than ever. If you have a defiant streak, or just enjoy a fun and chaotic game, pick up a box for yourself and get ready for the good times.

This multipart plastic kit contains all the components you need to assemble the Greenfield Grasshuggers, a Halfling team for use in games of Blood Bowl. You’ll receive 2 Catchers, 2 Hefties and 8 Hopefuls, plus a roster sheet. Supplied with a transfer sheet, 2 sausage-wielding turn markers, 3 extra “balls”, and 12 Citadel 32mm Round bases featuring holes in which to place the ball.