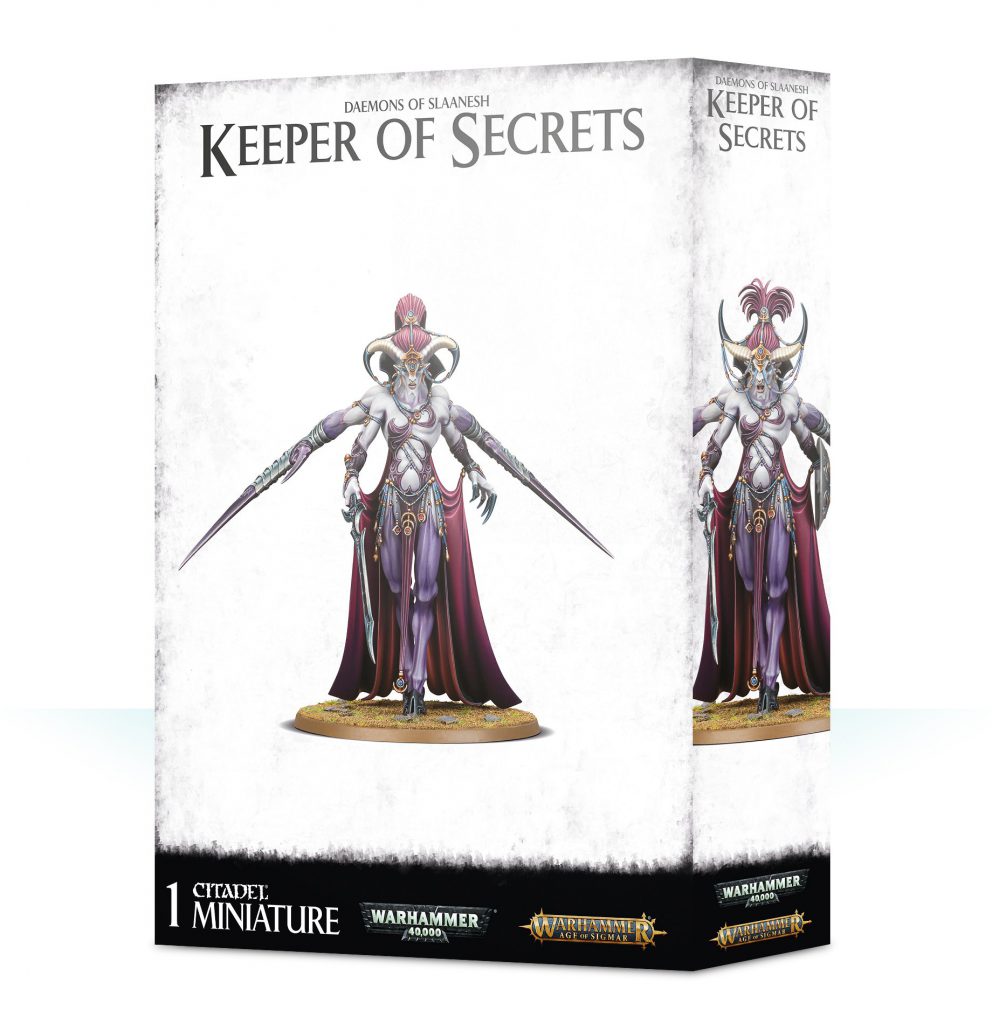 A Keeper of Secrets is a Greater Daemon of Slaanesh, a consummate warrior and spellmaster of the Dark Prince’s hosts. Their four powerful limbs move languidly as they slink forwards – only to explode into lethal motion when their prey is in reach.

The Keeper of Secrets is the most powerful and dangerous of Slaanesh’s servants – graceful, fast, and utterly deadly. On the battlefield, these towering combatants can scythe through infantry formations and heavy armour alike with a flurry of attacks. Each is also a sorcerer capable of unleashing foul magics that can allure their foes or utterly destroy them and an accomplished commander that’ll empower nearby Slaanesh units. You’ll even be able to use it in both Warhammer Age of Sigmar and Warhammer 40,000.

This kit builds one Keeper of Secrets, and features a number of options for customisation, including a choice of head, weapons and impaling claws, allowing you to field multiples of this monster while ensuring they look distinct. What’s more, this kit can alternatively be used to build Daemon hero Shalaxi Helbane.

This set is supplied in 51 plastic components, and comes with 1x 100mm round base.